Who’s stopping us from telling the difference?
For too long, police unions have gotten away with collective bargaining agreements that protect bad behavior, and fight most reform efforts. As outrage over unjust law enforcement tactics grows, it’s important to understand how police unions -- and the bargaining agreements they push -- prevent us from holding bad cops accountable. 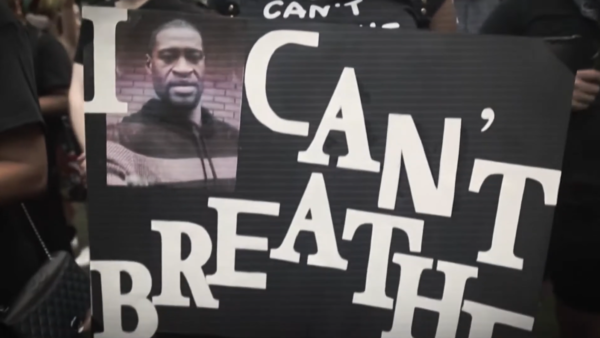 What Are Collective Bargaining Agreements?

Police unions enter into collective bargaining agreements, or CBAs, with federal, state, and local governments. These contracts often include provisions that make it difficult to hold police officers accountable for misconduct.

Research shows that police unions and their CBAs help keep bad cops on the beat, keep disciplinary records hidden from the public, and only embolden violent officers.

“Police unions have emerged as one of the most significant roadblocks to change.”
New York Times

Many CBAs include lengthy appeals processes for officers accused of misconduct. This has resulted in a “stunningly high percentage” of officers that were fired for misconduct being rehired.

One study found that many police departments offered officers four layers of appellate review in disciplinary cases. This review was usually followed by another appeal to a third-party arbitrator — more than half of the departments studied even allowed the accused officer input in selecting who that arbitrator was.

Imagine if these same rules applied for criminals? Limiting questioning, wiping records clean, not using anonymous tips and limiting the time for investigation — any one of these would cause howls of complaint from police officers and prosecutors, not to mention the public.

What are the consequences?

In Minneapolis — the infamous site of George Floyd’s killing — current police union president Robert Kroll was able to rise through the ranks despite numerous complaints of excessive force thanks to a union contract that provided officers with “barriers to being investigated, disciplined or fired.”

One complaint early on in his career included Kroll and another police officer beating 24 year old Jackson Muhaffy after Muhaffy bumped into their SVU at night. The skirmish grew as multiple people came to Muhaffy’s aid, not realizing Kroll and his partner were police sergeants (both were off duty and in civilian clothes). Witnesses said Kroll kicked one man in the face, breaking his tooth. Muhaffy spent three nights in jail, and Kroll eventually settled a civil suit filed against him for excessive force. Kroll had nine prior complaints of excessive force at the time.

Police unions frequently fight to shield disciplinary records from the public, or to create obstacles to disciplining officers.

One study found that “police disciplinary records are public in only 12 states.” This is due in large part to police union lobbying efforts to keep these records private. Police unions are also able to remove or hide officers’ records, making it easier for officers to move from department to department without past misdeeds following them. Many have also pointed to a “culture of silence and retribution” that encourages officers not to speak up against wrong doing.

California and New York police unions have a history of fighting laws that would promote transparency.

In California, a 2018 law to increase transparency for police officer records was immediately met with a fight from the state’s police unions. Several departments even responded by shredding years of records, including police shooting investigations. Until very recently in New York State, police unions frequently fought against any changes to Section 50-A of the New York Civil Rights law, which kept police disciplinary records and personnel records shrouded in secrecy.

In New York City in 2014, officer Daniel Pantaleo used a chokehold on 43 year old Eric Garner, resulting in Garner’s death, in an attempt to arrest him for illegally selling loose cigarettes. Thanks to Section 50-A, Pantaleo’s prior disciplinary record remained unknown. But a review of his now-released records (following a repeal of Section 50-A) shows Pantaleo had seven disciplinary complaints and 14 individual allegations against him prior to Garner’s death.

Unionized Police Are More Likely to Have a History of Violence

Research found that police unionization between 1950 and the 1980s led to “about 60 to 70″ additional civilian deaths at the hands of police each year. An “overwhelming majority” of those civilians were non-white. Additionally, incidents of violent misconduct in Florida sheriffs’ offices were found to increase by about 40 percent after deputies gained collective bargaining rights.

How Can We Combat Harmful Police Union Contracts?

When it comes to solving injustice in our policing system, about a quarter of Americans believe altering union contracts would make a difference. Well over half believe allowing state attorney generals to hold police departments with a perceived pattern of practice or abuse accountable would also help. But in many cases, holding police departments accountable means going toe-to-toe with police unions that are unwilling to alter the status quo.

Progress is not impossible: The City of Minneapolis recently withdrew from its CBA with the city’s police union. But support for legislation at the federal level may be the best way to combat years of entrenched police union interests.

Congress is currently considering the JUSTICE Act, a bill that would shine a much-needed spotlight on bad behavior by police officers.

As outrage over unjust law enforcement tactics grows, evidence suggests police unions play a major role in keeping bad cops on the beat. Not all cops are bad, but police unions have made it difficult to separate the good from the rotten.